Producer/Journalist at NPR's All Things Considered
University of Michigan alum

The night before one of the biggest rallies in Washington, D.C., history, Sam Zeif is beat. It's been a long day. It started with an early-morning hit on CNN, then another with ABC's Good Morning America, followed by an afternoon trip to MSNBC — not for the first time. Just two days earlier, he was in Los Angeles, filming a segment with Ellen DeGeneres.
NPR Link to Story

A Father, A Husband, An Immigrant: Detained And Facing Deportation

Alex figured he would wake up at 6:30 a.m., help get his little brothers up and off to school and catch the bus by 7. After school, the 14-year-old would do something he had been looking forward to for weeks — play in his first football game. He would get to put on the team jersey — purple, with a camouflage print collar.
NPR Link to Story

When senators come back to Washington on Monday, a handful of Republicans will help decide the fate of legislation that could reshape health care in America. Heller is one of a small bunch of Republicans who have said they will not support the latest draft proposal to repeal and replace the Affordable Care Act, or Obamacare.
NPR Link to Story

Ernest Peterson has spent his entire adult life in Washington, D.C. — almost all of it in Shaw, a neighborhood of colorful row houses and tree-lined side streets about 2 miles from the White House. In Shaw, Peterson bought his first house and started a business. And, for 20 years, on the Saturday before Labor Day, he organized a community picnic at the elementary school near his house.
NPR Link to Story

Flint was a city already struggling decades before its water became tainted with lead. But that’s not stopping the army of residents and community organizations pursuing change in the city they call home.
Bridge Magazine Link to Story

On a Saturday evening in October, several hundred trick-or-treaters streamed up and down Calumet Street on the city’s east side. Traffic clogged the neighborhood’s streets, lined with well-maintained Tudors, Colonials and mature trees cloaked in hues of red and yellow. Princesses, ninja turtles, witches and firemen darted between the cars, and on their front lawn, Bob and Melodee Mabbitt passed out candy from beneath a rain umbrella.
The Michigan Daily, University of Michigan Link to Story

As all eyes turn toward Iowa, a look at the nation's most influential caucus

Earlier this month, Michigan Daily journalists spent three days in Iowa covering candidates from both parties as they compete for their party's nomination in the 2016 presidential election. Look for continuing coverage from the Daily of the Iowa caucuses, the first in the nation, through Monday. By 3:15 p.m. on a balmy Saturday late in January, only a couple of campaign volunteers were still hanging around the front door of the Masonic Center in Clinton, Iowa when a big blue bus slid down the building’s back alley.
The Michigan Daily, University of Michigan Link to Story

During the past weekend, Michigan Daily journalists spent three days in Iowa covering candidates from both parties as they compete for their party's nomination in the 2016 presidential election. Look for continuing coverage from the Daily in the lead-up to the Iowa caucuses, the first in the nation, on Feb 1.
The Michigan Daily, University of Michigan Link to Story

Success of Independent Redistricting Boards a Work in Progress

The Supreme Court ruled last month that independent redistricting commissions are constitutional, preserving the model in a handful of states where independent bodies redraw state legislative and congressional districts. But are they effective - compared with the legislatures responsible for drawing these districts in the other states?
NBC News Link to Story

The White House has been home to plenty of former governors, senators, cabinet officials and generals, but only two former mayors have assumed the highest office in the land - Grover Cleveland (who had been Buffalo's mayor) and Calvin Coolidge (Northampton, Massachusetts). But the current presidential contest features two former mayors: Martin O'Malley, the former Maryland governor and mayor of Baltimore, and Bernie Sanders, a U.S. senator from Vermont who led the city of Burlington early in his political career.
NBC News Link to Story

This is a piece for the Detroit Beat, a new blog at the Daily. Look for the Detroit Beat link on our website in the fall. Like most of the places on Lyndon Street, Judy Sackett’s house is small, white and boxy. Her lawn is cut, the yard filled with flowering shrubs. A wooden bench sits under a large tree.
The Michigan Daily, University of Michigan Link to Story

When President Barack Obama appeared Saturday in Detroit to rally Michigan Democrats three days before Election Day, three years had passed since he last made a stop in the city. In a keynote focused largely on the importance of turning out voters Tuesday, Obama plugged his administration’s hand in the resurgence of the state’s automobile industry.
The Michigan Daily, University of Michigan Link to Story
View More Stories

I am a producer for NPR's flagship newsmagazine, All Things Considered.

At NPR, I both contribute to daily news coverage and produce/report from the field. In the last year, I've covered gun culture and health care politics in Las Vegas, water cleanup efforts from a boat on the Chesapeake Bay and immigration enforcement in the Pacific Northwest -- to name a few.

Before NPR, I graduated from The University of Michigan's Gerald R. Ford School of Public Policy, where I completed a focus area in urban and community studies.

Outside of class, I was the Managing News Editor at The Michigan Daily. As MNE, I managed the Daily's news content and led a news staff of 40 people. Previously, I advised the Daily's administration beat, covering the university's president, executive officers and regents. I'm particularly interested in covering politics, policy, the environment, higher education and urban development.

I spent the summer of 2015 reporting for NBC News from their Washington Bureau. Before that, I interned at Detroit's NPR affiliate, WDET, and in the U.S. Department of Education's press office in Washington, D.C.

My reporting has taken me from inside the Flint water treatment plant to the 2016 campaign trail in Iowa. I often write about policy by telling stories of the people it affects and the places where it plays out. My work has been recognized by the University of Michigan's Hopwood Award for Undergraduate Non-Fiction, the Michigan Press Association and the Michigan Society of Professional Journalists.

I have also contributed to Bridge Magazine, The Oakland Press, The Detroit Jewish News and Metro Parent Magazine. 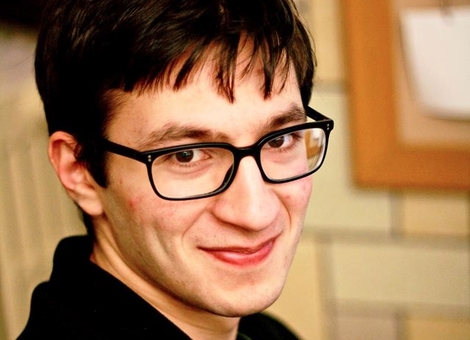